Canada’s designated Prime Minister Justin Trudeau was shot into the limelight after reading an eulogy at his father, Pierre Trudeau’s funeral.
The Canadian Broadcasting Corporation received numerous calls to rebroadcast the speech after its initial transmission. A book issued by the Corporation in 2003 included the speech in its list of significant Canadian events from the past fifty years.
When he is sworn in, he will be the second youngest person and the first time a child of a previous prime minister to hold the post.
You can never tell what your writings could do!

I love to write but I hate the grammar and the conventions of writing. (Where’s Mrs Osei?! my English teacher in SHS). Now to the main deal!

Have you ever wondered what life would be like if you could some things over again? Life gives us a lot of choices and we make them daily. How we react to them make us who we are. Sometimes, I contemplate where I would have been if I could make the choices I made when I was younger and naïve again. But would that make me the person I am today? Each one of my decisions consciously or unconsciously has brought me to this point in my life. There are times I could swear my life is much better and on course just as I want it and of course there are days I wonder if there is any direction for my life.

So what leads us? What guides us to make our choices?

It was just another day when twenty-three year old Lola (not her real name), was asked by a doctor to go and fetch her sick mother’s hospital card. On her way to the hospital, something moved her to read what was on the card. What she saw changed her life forever- Her mother was HIV positive and kept it a secret for years! Lola became very confused, and upon reaching the hospital, she asked to be tested. When the result came, it shattered her world –  She, her four month old baby, and her mother, were all found to be HIV positive. Upon hearing this, her boyfriend abandoned her.
For an unemployed, unmarried new mother in a place like Nigeria, this was the ultimate death sentence. Lola became depressed and developed hatred for her mother.
Lola has carried this hate in her heart for years. But thankfully today, there is hope for her and people with similar broken spirits because of a programme called ‘Mentor Them…Make Them (Mt2)’, organized by Young Protege Leadership Academy in Nigeria. This programme picks ordinary and heartbroken people and raises, motivates, and inspires them to become trans-generational leaders.
Since 2011, Michael ‘Toby’ Oluwatobiloba Akinnike, founder and Team Leader of Young Protégé Leadership Academy, has taken it upon himself to touch lives with this MT2 programme.
Thankfully, his effort is paying off. Last year, of the 20 teenagers who participated in the MT2 programme, five are now university students, and another five are currently serving as school prefects or student government representatives.
On the back of such success, this year’s edition has just been announced. The 2015 Mentor Them…Make Them (MT²) will be a weekend mentoring program where facilitators engage participants on topics like personal talent discovery, leadership, success habits, academic success, sex, and reproductive health. It will happen at the Wholistic Home, Loburo, Mowe, Ogun, Nigeria.
The choice of venue is symbolic. Wholistic home is a shelter for ex-trafficked , sexually abused and girls in other forms of distress. It is a non-governmental organization founded by Pastor (Mrs.) Folu Adeboye, the wife of the general overseer of the Redeemed Christian Church of God.
Toby’s motivations are personal. He himself is no stranger to heartbreak- “When I lost my father, I lost direction for my life and my sense of purpose. It was volunteering and committing myself to the service of others as a community organizer that helped me find myself” he recounts.
In working to touch people’s lives, Toby is on the rise. He has received a certificate from the commissioner for works in Lagos State, and was selected to participate in the US Embassy- GhanaThink Foundation’s Techcamp West Africa. At the last event, Toby interacted with US Ambassador to Ghana, Gene Cretz. Those successes encourage him to be more passionate about the continent.
“The problem of our families, communities, society, churches, mosques, country and continent is that we have many sick and bad heads or leaders. As soon as we cure or change all these heads, the other parts of the body will start functioning well” he states. According to Toby, there is a need to build a large community of change-minded people who know they are leaders wherever they find themselves. We should also start thinking in a trans-generational dimension because Africa’s problem might not be solved in one generation. “This is why we are passionate in raising, mentoring and inspiring excellent and exemplary leaders for the present and future generations” he ended.
This year’s edition, the 2015 edition of Mentor Them…Make Them (Mt²) will happen at the Wholistic Home, Loburo, Mowe, Ogun, Nigeria from Friday 21st August to 12th September, 2015. Individuls and groups who want to support this project can contact the Team Lead on +234 810 428 0304 +234 810 428 0304 or email: youngprotegeleadershipacademy@gmail.com. 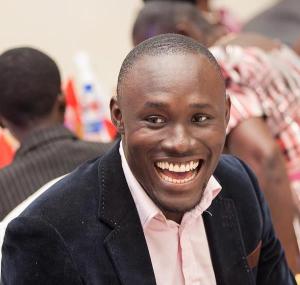 We thought of you with love today,
But that is nothing new.
We thought about you yesterday.
And days before that too.
We think of you in silence.
We often speak your name.
Now all we have is memories.
And your picture in a frame.
Your memory is our keepsake.
With which we’ll never part.

A heart of gold stopped beating
two twinkling eyes closed to rest
God has you in his keeping.

We have you in our hearts….. 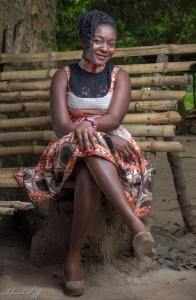 I am addicted to Humans of New York, HONY. Yeah! I check their Facebook page like every day. I’m dazzled by amazing stories of ordinary people on the streets of New York and how they are able to warm up to a complete stranger. Trust me; some of their stories are very personal.

So I decided to find out the brain behind HONY. I like to spend most of my free time searching on people with ‘great ideas’. I love big thinkers! He’s Brandon Stanton a super cool guy who decided to take pictures of people in streets of New York after he was fired from his job. He then started a book after interviewing these people. Now his book Humans of New York is a bestseller!

So you see, it’s good to have a passion/dream/Idea. Someone said “There’s no known law against dreaming big”. It can pay off… 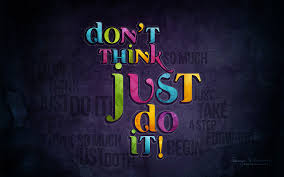 I am addicted to Humans of New York, HONY. Yeah! I check their Facebook page like every day. I’m dazzled by amazing stories of ordinary people on the streets of New York and how they are able to warm up to a complete stranger. Trust me; some of their stories are very personal.

So I decided to find out the brain behind HONY. I like to spend most of my free time searching on people with ‘great ideas’. I love big thinkers! He’s Brandon Stanton a super cool guy who decided to take pictures of people in streets of New York after he was fired from his job. He then started a book after interviewing these people. Now his book Humans of New York is a bestseller!

So you see, it’s good to have a passion/dream/Idea. Someone said “There’s no known law against dreaming big”. It can pay off when all seems lost. Then work towards that dream/passion/idea, just work. Don’t wait for that idea to be perfect in your head before you start else you’re never going to start and as you start, that idea is going to flesh itself out as you move towards the goal.

I had always wanted to be a writer right from my childhood. All I wanted to do was read, write and imagine the world of my own. I loved to read from African Writers Series to Sweet Valley Series but down the line this dream died. My teachers and parents were complaining how bad my maths grades were and wanted me to focus just a little more on my mathematic classes and but the story books aside. Well, I heeded to their advice and I will say it worked because I got excellent grades to take me to the Senior High School of my choice: Aburi Girls Senior high School and to Kwame Nkrumah University of Science and technology where I graduated with a Second Class Upper Hons in Computer Science. Yeah, life was and is good but there was a vacuum I needed to fill. I tried starting my autobiography right after Senior High School but it didn’t amount to much but it’s still on course though.

The moment came when I was selected for TechCamp West Africa 2015 as a delegate for Ghana. During the speed mentoring, I met a very Phenomenal woman, Nnenna Nwakanma who happens to the Africa Regional Coordinator for  World Wide Web Foundation. She said “Give yourself an address on the Internet”. The importance of the Internet in Today’s world can never be under estimated so that was  free counselling from an expert at no cost.